A complete and detailed history of whaling in America, starting with precolonial times and culminating with the demise of American whaling in the early 20th century. It shows how enormous the whaling ... Consulter l'avis complet

This is a wonderfully researched book that provides the reader with a terrific overview of the history of whaling and the importance of the industry in years past. However, I found the writing style quite distant. The book read more like a history lesson than an emotive account of the industry. Consulter l'avis complet

Eric Jay Dolin is the best-selling author of Leviathan, and Black Flags, Blue Waters. He and his family live in Marblehead, Massachusetts. 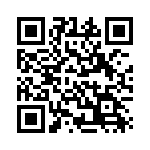